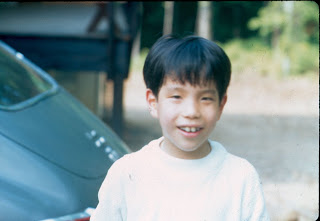 Here I am, past midnight. No bells have tolled, no visitations from spirits; just Doug softly snoring in bed beside me. That’s not entirely true (about the spirits, that is, the snoring part is absolutely accurate). I do feel ghosts of the past rising up around me, conjured up not only from the Facebook greetings sprouting up in my email box, but by the constant self-reflection that the occasion seems to inspire. Must birthdays always be a yearly reckoning of where one is, and where one has come from?

In Buddhism, we’re constantly reminded of how our days are quickly ticking off, one after another after another. We are not about to step off a cliff, we are already in the air, plummeting. We have been that way since the day we were born. This sentiment is not supposed to depress, but to inspire. What will we do with the time left on this earth? We are gently encouraged to not squander our actions, to “practice eagerly and diligently, as though extinguishing a fire upon our heads.”

We Buddhists sure know how to have a good time.

I am looking forward to the coming year. Doing my animated work, getting my book out into the world, watching Benjamin discover his independence, but still being allowed to hold his hand while crossing the street. Finding the stillness within and the wonder of every day. And eating the Peking Duck that Doug has ordered from the restaurant we’re going to tonight. Life is good. 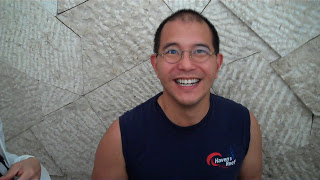 Some people have asked to see something of the book I’m writing. Here are the first pages—enjoy.

Emily. Wisconsin.
She drove the blue Volvo station wagon away from Vee’s house with a somber determination, like it was a lame horse she was leading out of the barn. She was going to drive both the car and herself over the nearest cliff, or, rather, it being Wisconsin, the nearest steep embankment. But sailing south along I-94, in the early morning before rush hour, she found she couldn’t let go of the Volvo and she couldn’t let go of the road, and the highway racing before her seemed to offer a faster route to oblivion than sailing off into some moderately inclined culvert. All might still be lost, in time. There were other opportunities up ahead to smash into and through some guardrail on her journey. Colorado, now there were some cliffs worth driving over.
But she needed speed, more speed, and the ballast in the car was too heavy to let her fly down the highway, no matter what the speedometer was registering. So she twisted her upper body like a contortionist and managed to snake her right arm around and under the baby car seat behind her in order to unshackle it from the upholstery, and with a desperate, sudden yank which would cause her a good deal of shoulder pain later that night, she managed to hoist the seat over the gear shift and partly into her lap. Moments later it was pushed clumsily (understandable at 95 miles an hour), out the passenger side window. It bounced twice along the highway like a skipping stone before skidding to rest on the side of the road.
Three minutes later the second car seat, toddler-sized, followed.
(The two abandoned car seats were accounted for later that day; the second one landed in the middle of a lane, causing the rush-hour traffic delay which Owen heard on the clock radio as he was trying to will himself awake; the other was discovered and identified by Vee in her car, just outside Racine. Neither was saved.)
And for a time after, Emily did feel lighter, her mind clear, even excited, and her breathing deepened for the first time in almost five weeks. This continued until just past Madison. Approaching the slowdown that was inbound Chicago traffic, she began noticing through her rear view mirror the imprints of the baby seats in the upholstery. Also, a small teething ring, a scattering of Cheerios, and a grimy diaper rag.
The back seat, the entire back seat, was gone by the time she hit Iowa.

6 responses to “Birthdays and Buddhists”