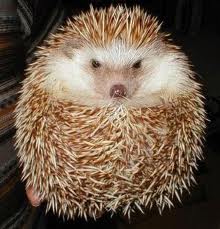 Where the hell have I been? Yes, you poor, poor faithful Readers, the Forsaken wandering in the blogospheric wilderness, crying out for my literary manna. Wondering: what exactly is going on in my fast-paced, constantly-evolving, ever-fascinating life? What’s fabulous events have transpired, what earth-shattering, cataclysmic revelations have yielded themselves up in my world? What’s been up with me?

Oh, nothing much. How about you?

This is highly problematic for me, the recitation of the minutae of one’s life. Especially in actual conversation. Some people do it effortlessly, spilling forth each day’s events, complete with witty anecdotes and harrowing twists, and always their internal navigation system firmly fixing them in the middle of their narrative. It serves them well at cocktail parties and casting sessions. Me, I usually operate in Stealth Move, absorbing and then refracting questions away from myself, bouncing the attention back to the observer and rendering myself invisible. Whether this is due to insecurity or  self-preservation I’m not sure, but over the years it’s become reflexive. I’m the conversational hedgehog, repelling all attempts to gain entry.This is perhaps not the best trait to have when you’re in the entertainment industry. Or blogging.

But enough about me. What’s going on with you?

No, no, no, things have been happening. Two weeks of dealing with a rather harrowing personal crisis (another’s, not mine) and the fallout from that. A sudden influx of home voiceover auditions (my home recording studio finally coming to the fore) and a couple jobs for computer games—dying in all manner of gruesome and violent ways, three takes each, please. I’ve been trying to develop a Demon’s voice for an audition but unable to make it sound like anything else but Harvey Fierstein with a head cold. Back to school juggling and Benjamin’s big 1-0 birthday week celebration. Oh! And a 21st anniversary wedged in there somewhere.

Last weekend I took a trip back to the family manse. My sister Michelle is the head of the Global Down Syndrome Foundation, a not-for-profit organization focused on advocacy and medical advances for those with Trisomy 21, or Down Syndrome, created by my parents in honor of my beautiful niece Sophia. Every year they have a big benefit called Be Beautiful, Be Yourself, a dinner and auction culminating in a  fashion show, complete with some of the DS kids doing their own unique struts down the runway. It’s all quite informative, and inspirational. This year featured many Denver sports luminaries (none of which I had ever heard of, unsurprisingly), a bevy of flat-abbed cheerleaders, Quincy Jones and the very eloquent John McGinley, who gave a rousing, heart-felt speech about his son. Colorado Guv Hickenlooper stopped by to introduce my father. The event ended with Jamie Foxx singing to his sister Deondra and challenging her to a dance-off. She won. It was a towering event, and while my introverted nature usually makes me assume the fetal position in the face of public outings such as this (Crowds? Ties? Chit-chat?) it was good to see my sister’s handiwork (two margaritas and the constant circling of auction tables also helps). Michelle, who obviously does not suffer from my social dysfunctions, must have the blood of Valkyries coursing through her veins to be able to pull off such a gargantuan evening. Kudos to her.

On the writing front, I’m still plugging away, looking for representation for my novel. I’ve had some further enquiries from a few discriminating agents. Best news? After a somewhat worrisome drought, I’ve plunged into writing again. Well, perhaps not plunging, but I’m wading in resolutely anyway. From having no ideas for a follow-up to This is How It Begins, I’ve now got visions of three new projects, two of them involving canines, for some reason. We’ll see how it goes.

That’s enough, isn’t it? May I curl into a ball now? Thanks.

2 responses to “The Conversational Hedgehog”