My Dinner with Two Hot Tamales 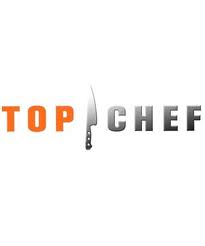 It’s official: I’ve become a Top Chef whore.
I watch all the incarnations: “Top Chef,” “Top Chef: Just Desserts” and “Top Chef: Masters”; if there was a “Top Chef: Reheating Lean Cuisines” I’d probably program that into my DVR as well. But, I swear, I’ve gleaned many useful directives from these shows. Contrast salty and sweet. Transform mistakes into inspiration. Don’t add popcorn to a lamb dish. And never get thrown under the bus, if you can help it. I would never have known about this common public transportation hazard, had I not watched “Top Chef”!

Taking advantage of my residence in a major American city, I’ve taken my obsession to a new level: attending cooking classes taught by “Top Chef” luminaries. So far it’s been three: a class by Fabio Viviani, the charming, English-mangling Italian alumnus of “Top Chef,” and two classes headlined by Mary Sue Milliken and Susan Feniger, the self-proclaimed Too Hot Tamales and Top Chef Masters. These are demo classes, meaning that for an all-inclusive price you get a meal and drinks while watching the chefs prepare the food you’re eating. The audience is divided up between serious foodies and celebrity chef groupies. Predominantly female, with a smattering of gay men and reluctant husbands. The restaurant is always packed.

These classes are as much about entertainment as instruction. There’s a reason we are sitting here at these restaurants instead of getting our hands dirty in a “Sur La Table” cooking class: we want the personality. We’ve spent time with these people on the screen: we’ve experienced the heartbreak of Fabio’s failed “hambooger”; we’ve cheered the caramel-filled churro of Mary Sue. And, most exciting— we get to actually taste the food we’ve heretofore only viewed and salivated over on television.

The atmosphere of the classes are in synch with the individual style of each chef. They are very much the personalities you’ve seen on the screen; or, rather, they know very well the personnas they’ve created, and how to enlarge them for an audience.

Fabio, teaching at his restaurant Firenze Osteria in Toluca Lake, is unfailingly charming, casual and apparently hung-over. He demystifies risottos and sauces, scoffs at recipes and teaches very much the way an old-world Italian mamma might: a pinch of this, a handful of that; if your hand is smaller, a hand and a half. His insouciance is his charm, and you come away feeling like you could really make these dishes without a recipe. 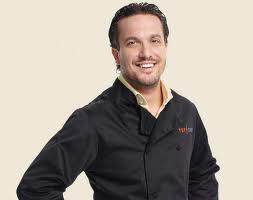 Mary Sue & Susan are old pros, and it shows: in their casual but lightning fast technique; the seamless way they can work (and talk) over each other; the way they can push that food out. Their classes are at their flagship restaurant Border Grill in downtown L.A. Upon entering the old “Ciudad” space, you’re presented with a margarita, and it feels very much like you’re joining a party, with two very gracious and loquacious hosts. Susan is warm, funny and constantly digressive; Mary Sue is a little quieter but sly, and no less opinionated. She is also hung over (do all chefs drink like fish?).

They’ve got decades of experience together and miles of fascinating stories to tell, and if you’ve heard some of them from a previous class, you don’t mind, they’re so engagingly told. With all their banter you can’t believe they’ll get through the instruction, but somehow (with the help of a very attentive manager/producer) at the end of the two hours they’ve gotten through the menu. The last class was pre-Thanksgiving, and we learned how to make a complex turkey mole and an incredibly simple but flavorful kabocha squash soup that I’ve since made several times. The most recent class was also holiday-themed, and I’ve got many recipes I’m going to be trying out this Christmas, including a spinach pomegranate salad, a cheese-filled date with bacon wrapped around that is to die for, and a pear/cranberry crisp. They also prepared a spicy shrimp cocktail, Yucatan pork with shake salsa, a couple of simple sides plus a very festive cranberry Manhattan cocktail with brandied cranberries. You can’t help but fall in love with these two.

In both restaurants, you get a distinctive taste of what it must be like to be a celebrity chef; namely, the amount of hustle that goes into running a culinary fiefdom. Fabio’s hawking for Bertoli and Domino’s pizza and Michelin Tires, for all I know. He’s also got a cooking app which I got mainly because, well, I thought he’d be so disappointed if I didn’t. He’s happy to pose for photos but doesn’t want you saying something nasty about him on Facebook. The Red Hot Tamales are constantly shilling just about everything: the cookbooks, the coffee, the pepper/salt mills, the Spanish paprika, all for sale at the bar, book signing to follow. It is charming and self-deprecating shilling, but shilling nonetheless. There seems to be no rest for even two such established icons.

There’s such a remarkably thin barrier between these chefs and their customers. I imagine it’s a symbiotic relationship; with so many new restaurants popping up every day it’s important to create loyalty, to get the butts in the seats. And I’m happy to be the remora clinging to these culinary sharks. You get something from watching the pros in action that can’t really be gleaned from any cookbook. It’s the little nuances, the way they cook.  Observing just how Fabio throws ingredients into the pot, having him show you exactly how the risotto looks when it’s ready. Having Mary Sue tell you why she loves sherry vinegar over balsamic, why they love their Takayuki knives (which they don’t even sell!) and being able to hear the swish swish of Susan sharpening her knives on the whetting stone. When Mary Sue grated ginger over a cheesecloth and then gathered the cheesecloth together and wrung ginger juice over a bowl I gasped so audibly she looked over and smiled.

Cooking class: $75.
Parking: $5.
Imagining yourself an apprentice to a Top Chef?: Priceless.

One response to “My Dinner with Two Hot Tamales”