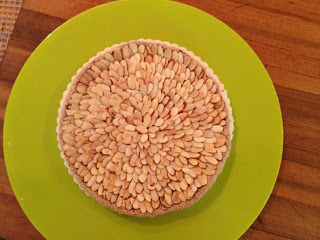 The end of one year and the beginning of another is a time rife with reflection and revelation. Here is mine: I have a problem. I’m hoping that, by talking about it, I’ll be able to finally get some help and work through it. The problem has flared up over these past weeks and is now completely raging out of control. 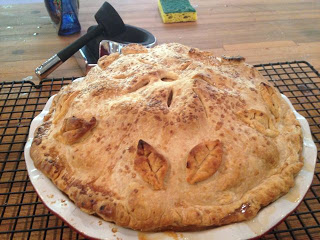 Yes, I know you all have suspected this for some time. I’m not talking about your average weeknight dinners; I’m talking about multi-course, elaborate, balls-to-the-wall extravaganzas. App–salad–entrée–dessert. I can’t stop myself. My kitchen has been overused so much that I actually murdered my KitchenAid mixer and both my ovens in the space of two days. But has that stopped me? No. Whip that cream by hand, boy, whip it! 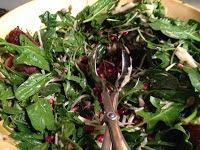 It may have begun manifesting itself during the Thanksgiving Decathalon of 2011, but things really ramped up when my family’s usual Hawaii Christmas became unexpectedly domestic. My L.A. sister and I hosted, and most of the big Important Meals were at my home. This included the Welcoming Ziti Dinner (antipasti–caprese–roasted peppers–beef ragu–peach pie–struffoli), the Christmas Eve Feast of Seven Fishes (calamari–mussels–octopus–linguine al vongole–broccoli rabe–crab–salt-encrusted branzinos–pear/cranberry ginger crisp) and the the Christmas Day Gorge-a-thon (standing rib roast–Yorkshire pudding–sweet and sour onions–shaved brussel sprouts with burrata–spinach pomegranate salad with pancetta-wrapped, blue cheese-filled dates–marquis au chocolat). It was like three Thanksgivings in a row.
And now, some Italian Food Porn: 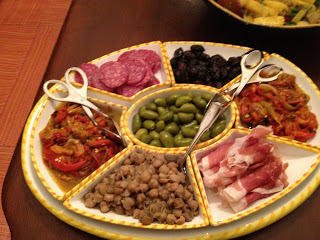 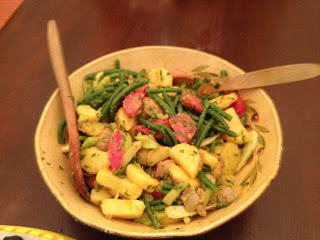 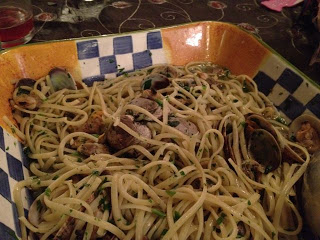 During Fish Five of the Seven Fishes the ovens pulled a mechanical “Grandpa’s gotta lie down right now” moment and died. Who knows what happened (a serviceman’s coming out on Thursday). Surprisingly, it didn’t throw me. I looked at the six whole fish un-crusting in the left oven, and the crisp un-crisping in the right, and found a moment of grace. “This is what happens sometimes, we’re not a restaurant, no one is getting upset, there’s plenty of food, Allison made a coconut cake, let’s roll with it!”And fifteen minutes later the ovens woke up and forty-minutes after that we had a delicious final course.

Unfortunately, I haven’t found a way to stop the momentum derived from that moment of grace. New Year’s Eve, our friends bring over a wonderful fish soup and corn muffins, but I feel compelled, with no beaters and an inconstant oven, to add to the meal corn blinis with caviar and creme fraiche, an endive-cress and goat cheese salad and a bittersweet almond torte. Plus fresh cranberry margaritas. Today I thought, “No cooking on New Years! I’ll buy it all from the Farmer’s Market!” but somehow I found myself making a roux for the homemade macaroni and cheese with pancetta. My Fine Cooking magazine featured it on the cover! It looked easy! I had the cheese and the bread crumbs! Of course, not as easy as just opening the Annie’s packet of cheese and add it to the boxed pasta, no, I had to frigging MAKE THE MAC & CHEESE. All the while planning my black-eyed peas and chard dinner. My hands are raw from the number of pots and pans scoured. The refrigerator groans every time it’s opened, the dishwasher is threatening to quit, and so is Doug.

The ironic thing is, it’s all very well and good to cook for the masses who come to dine, but who am I cooking for now? Benjamin is famed for surviving on air, and Doug and I are trying desperately to return the holiday poundage we’ve received during Christmas. Someone’s gotta stop me before I cook again! My kitchen is trying to send me the message (“She canna take much more of this, Captain!”), but it’s not getting through. I envision myself in a chef’s coat covered with blood and sweat and chocolate as I dice and sauté and deglaze myself into oblivion— the culinary equivalent of “The Red Shoes.”
Admitting you have a problem is the first step, yah? So I make a resolution— lay off the ladle. Surrender the whisk. Cook simply, and less.
At least until Chinese New Year. 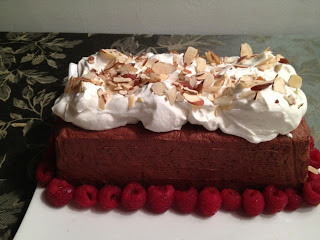 Have a sweet 2012!
PS. I had a wonderful, underhanded birthday surprise which involved no cooking at all on my part! (Well, almost no cooking). You can read about it here.