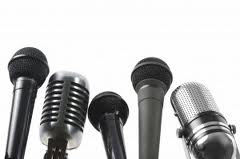 Voice actors are, by and large, as agreeable a bunch of people as you are likely to find in any given workspace. Convivial, pleasant, and almost always entertaining, they are less prone to the excesses of egotism afflicting the greater pool of actors in Los Angeles. Perhaps it’s because they’re heard but rarely seen; perhaps it’s because of how easy most of them are to replace; but voice actors (and I’m not talking about the celebrity voices that dip their toe into our revenue stream from time to time) have a healthy sense of their place in the universe of entertainment, and are not forever trying to conspire to make themselves appear to be more than they are at the expense of others.

Voice actors cannot lock themselves in their double-wide trailers and refuse to come out.

Even the verbal MVP’s of today’s animation, ridiculously talented luminaries like Jeff Bennet, Kevin Michael Richardson, and Tara Strong (go ahead, look them up and be amazed) have always, in my experience, been down-to-earth and generous to their fellow actors. Sure, the dueling verbal pyrotechnics during sessions can approach Robin William-esque proportions, and there may be an excess of Christopher Walken impersonations, but I’m always exceedingly happy to enter the booth for a group recording.

Take, as a case in point, the Kung Fu Panda: Legends of Awesomeness cast. This is a seriously credentialed group of actors; they have literally hundreds of credits to their names. Every week I’m left agape by what comes out of their mouths (much of it unprintable, even in a blog). Virtuosos in their field, every one of them. And yet, when I asked if any of them would be willing to read at my son’s school for a Read Across America fundraiser, they said yes without hesitation.

Read Across America coincides with Dr. Seuss’ birthday, and it promotes book reading in schools… across America. One evening during this week our school stays open so the kids can go into their classrooms and listen to teachers read books, followed  by a guest reader who reads to everyone in the Kindergarten classroom, capping off the evening. This year Doug suggested I rope in the cast of KFP, and to my surprise all the regulars (except for Crane- the redoubtable Amir Talai, who had another committment) signed on. They even agreed to come early to rehearse. Rehearse!

Tigress and Mantis (Kari Wahlgren & Max Koch, the bawdy Astaire and Rogers of the group) arrive at school first, followed closely by Shifu (Fred Tatasciore, our own personal Zen Lebowski). We gather in the Kindergarten. They marvel at how small the chairs are. Kids (including my son) keep popping their heads in, excited. All around the playground there is the sussurus of whispering children: “Is Po here? Is Po here?” And then he arrives, the quicksilver-tongued rock star Mick Wingert, who apologizes for being late though there is still ninety minutes before showtime.

No one asks for room temp Evian, or green M&M’s.

The reading goes great. The kindergarten is PACKED, standing room only. I select two stories: Small Brown Dog’s Bad Remembering Day, and Lewis Carrol’s “The Walrus and the Carpenter.” Plenty of characters to go around. 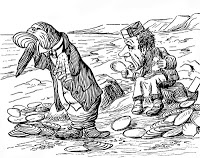 The kids squeal with delight, especially when we throw in our Kung Fu Panda characters’ voices. Fred & Max make a perfect Walrus & Carpenter. I have a particular fondness for Kari’s plucky but ill-fated little Oysters, who sound a bit like Jimmy Neutron crossed with a mollusk. Mick has an great voice for the Small Brown Dog, but we make him scrap it and do his flawless Jack Black impression because ya gotta give the audience what they want.

Afterwards, kids rush up, crayons and scrap paper in hand. A little girl named Dot tells Max that she’s totally in the Mantis camp. The actors gladly sign autographs. Parents nod their appreciation. It’s like our own mini Comic-Con, right there. 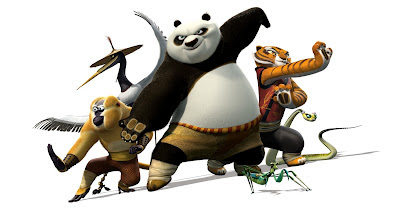