A True Tale of Halloween Terror: The Black Apple

This is not an urban legend. It didn’t happen to a friend of a friend. I know it’s true, because it happened to me.
My iPhone… is dead. 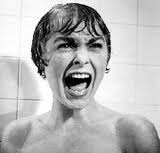 It didn’t happen in the usual way, through old age, or willed obsolescence, or even a technical difficulty. No, my beloved partner was untimely ripped from me in a manner most unexpected.
Sunday afternoon, my son and a preschool buddy, fully clothed, were playing by the side of our swimmng pool. The little boy, reaching for a ripple with a stick, reached too far. From the other side of the pool I watched as his body angled one degree too many and gravity quietly tumbled him head first into the water. It was a small distance, given his size, but the tiny splash set a tsunami of adrenaline racing up my spine, electric. His head came up, and I jumped in.
My reaction may have been, upon reflection, largely unnecessary. The little boy had just this past summer learned to feel comfortable in the water and could kick a good distance. He was right by the side of the pool and Benjamin was there, too, reaching for his upstretched hand. They probably could have remained there safely in stasis, hanging to the edge, until I scurried over to the other side.  I was also aware that there were items in the pockets of my shorts— what was that, a wallet? in one side, and surely my phone, yes, of course it was, in the other— and I could have shed these items in all of two seconds. I could actually hear my rational self, dimly, in the back of my head, calmly advancing these considerations, but then it was as if a giant override switch had been pulled, bringing all active deliberations to a screeching halt, save for one thought: CHILD IN WATER. GET TO CHILD. And in I went.
The boy was rescued without going down a second time. “I didn’t swim, Mommy, I held on to the side!” he yelled triumphantly to his stricken mother, as I pulled myself up to sit next to him, waterlogged. He suffered no outward sign of distress. The same, alas, cannot be said for my phone. I pulled her from my pocket, she flickered her white apple one last time, and went dark, evermore.

Doug, playing the part of the grizzled but kindly Maine neighbor, introduced me to a mysterious ritual in which a dead iPhone, buried in a pile of rice, could become resurrected. I dutifully interred my phone into a bag of Natural Directions long-grain and left her there for the night. Would she return from the dead, evil perhaps, but still sentient? I wouldn’t care if Siri started sounding like Peter Lorre as long as she could still give me directions to the nearest Bed Bath and Beyond…
I spent the night on the edge of a troubled sleep. Was that her beeping, muffled under all that rice, announcing a text message? Did she just buzz? Could that be a Scrabble alert? Alas, no. “Please come back, Siri, come back,” I murmured, half-awake. I could almost hear her mournful tone whispering in my ear: “I’m sorry about this, James, but I can’t answer that right now…”
The next morning, with trembling fingers, I extracted the rectangular corpse from its granular crypt. There beat no alabaster apple upon her ebon frame; she was still dead. Dead as a doornail. Mind, I don’t mean to say that I know, of my own knowledge, what there is particularly dead about a doornail, but…
The day passed as if in a waking nightmare. I was wandering deaf in a hearing world. No music. No texts. No calls. The weather—my God, man! How shall I know what the weather is, without Siri to tell me such? And by what means should I pay for my Starbucks? I had an app for that!
Had.
Away from home, I was like a field mouse trying to escape the rain, desperately hopping from wifi station to wifi station, constantly checking my emails, hoping to piece together what I might be missing from the life Out There. Who was trying to get ahold of me? Who had penned a witty Facebook rejoinder? Was it my turn on Words with Friends?
And then came the abyss, the purgatory which also goes by the name Post Office. Oh, to wait in line, the long snaking line, at the ghostly remains of what was once a robust post office, now serviced by naught but two clerks, both of whom had a penchant to Chat… I had forgotten what it was like to stand in line with nothing to read or hear or play, the stupor that comes with waiting, waiting, trying not to stare too hard at the mole on the neck of the person in front of you… I wanted to take photos of the complete squalor, but… I CAN’T. I DON’T HAVE MY PHONE.
The Horror. The Horror. 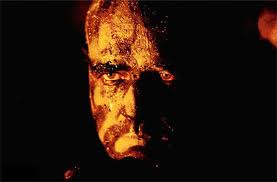 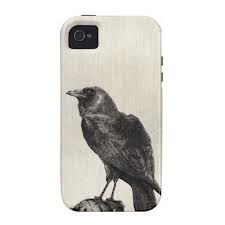 Note: The TRUE Halloween horror story is, of course, the devastation that Ms. Sandy has wreaked upon our brethren to the east.  Direct Relief International is coordinating efforts with those on the ground in places hardest hit to get aid as soon as possible. If you’d like to help out with some bucks, just click here.

3 responses to “A True Tale of Halloween Terror: The Black Apple”