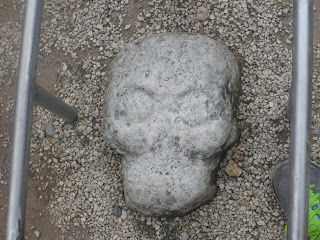 Looking back, perhaps it wasn’t so great an idea to visit Tulum, Mexico, a place replete with Maya ruins and relics, during the exact time when said Mayans were allegedly predicting apocalyptic disaster.

Nevertheless, thence we hithered at the end of December. What was my favorite moment of the end of 2012? Oh, could it be rattling down the bumpy Mexican roads, my broken clavicle trying its best to poke out of my skin, as we searched for a hospital? Or was it that hilarious New Year’s Eve post-surgical ride to pick up our sick kid, which culminated in me peeing in a jug in Doug’s new Volt? God, it’s so hard to choose!
And to think— the Mayans predicted it all!

Let me just start by saying: Tulum, Mexico is a beautiful place to vacation. We stayed in a cabaña just steps away from the beach, yet far enough back to feel private. The beach was one of the most beautiful I have ever visited, with pristine, fine white sand and clear azure water. Good friends came with us, there was a kitchen, I got a chance to practice my Pimsleur Spanish, Benj found a friend— it was the perfect place to be for a birthday vacation.

Well, except for the rats. And the Montezuma’s Revenge the day after my birthday. And the lack of internet service. And the giant spider. (This reminds me— need to write my review for TripAdvisor).

Other than that, it was idyllic.

Until the day before we left.

We were on the beach. My sister Allison and her husband, who had surprised us by coming down for my birthday a few days before, had just departed. We spent our last moments on the beach with them, talking about how perfect the water was, how warm and shallow, how regular the waves—perfect for kids. And then they left, oblivious to the ironic horror about to transpire.

I turned to Ben. “Come on, let’s go in the water!”
He looked hesitant. “Nah, not now… I don’t want to go out without the group.”
“But it’s our last full day! And I’ve got to return these boogie boards this afternoon.”
“But… the sailor’s not here to tell us stuff.” (He has so dubbed my brother-in-law Orin, who is of a nautical bent, and has instructed Ben on riptides and jellyfish and such.)
I get a little impatient.“Ben, don’t be silly. We’ve been in the water by ourselves before. We’ll be fine. Come on! It’ll be fun! (When, oh when will adults learn to heed the uneasy premonitions of innocent children? Haven’t we seen enough of those movies?)
I cajole him into the water, and we have wonderful time catching waves and taking pictures with Ben’s underwater camera. Insert Boogie Board montage. 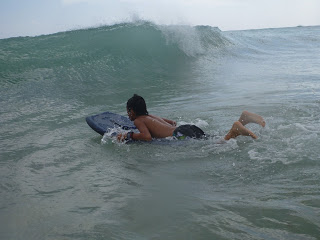 Then, picture me standing in thigh-deep water, boogie board strapped on to one wrist, camera strapped to the other, looking at my adorable son hooting in the surf. Then, imagine a wave, tawny with sand, rising close behind me. I turn. Normally, this would be no problem. I would dive into the wave and emerge unscathed on the other side. But I wasn’t used to being so encumbered, and I hesitated.

It was one thought too many. The wave plowed into me, whisking the boogie board away like a kite in a stiff wind and jerking me off balance. The wave behind (Benj was sure he saw a second wave) slammed me into the ocean floor, and my shoulder made the acquaintance of the hard, packed sand. Being as there was very little water to buffer my descent, the meeting was quick, sharp and injurious. I remember feeling my shoulder hit the bottom and thinking, “Oh that’s going to hurt tomorrow.”
I rose from the surf and found that I could not corral the boogie board with my right arm without a searing pain shooting near my shoulder. “That’s not good,” I thought. My right elbow reflexively clamped tight against my ribs, my left hand felt for the pain near my shoulder. It encountered a large protrusion at the collarbone. “Oh,” I thought, “that’s really not good.”

Did I mention this was December 21st, the day the Maya calendar ended?

I must have looked bad as I staggered out of the surf, because even Benjamin noticed something was amiss. “Are you all right?” I grimaced and shook my head, eyes clamped shut. “Get out of the water! Get out of the water!” he yelled, then ran screaming up the beach. “Dad! Dad! Call 911! Call 911!” Doug was eventually roused from his dozing in the lounge chair and came to my aid.

“Grab the boogie board,” I mumbled, “they’re due back today.”

And so we made our haphazard way by car to find the hospital in the center of town. The drive was enhanced every quarter mile by the jarring presence of topes, large concrete speed bumps that were impossible to avoid. What fun! We got lost twice. 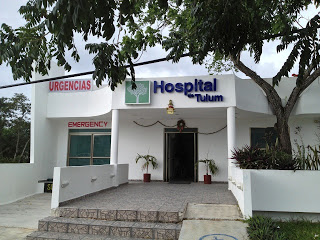 The hospital itself was an oasis of quiet and calm. I was seen immediately by a doctor who spoke perfect English, and got my x-rays taken within minutes of arriving (granted, the x-ray technician was later seen sweeping the floors, but still, he did a fine job— at both!). It was discovered that I had broken my right clavicle in two places, one small fracture and a more serious break that compressed and made the pieces overlap like a good Boy Scout campfire setup.

Ninety minutes later we left with my x-rays, three prescriptions, a butterfly brace which gave me the posture of a superhero, and instructions to ice. An amazing ER visit, and, I might add,  incredibly inexpensive. The next day, we left for the States, me in a lovely drugged state, rolling along Benjamin’s small carry-on.

We spent a quiet Christmas together in Los Angeles (getting to Denver for the family get-together was contemplated but wisely rejected; I could barely get on a button-down shirt, the thought of layers and outerwear was unbearable) and, on a rocking New Year’s Eve morning, I checked into Cedar Sinai for surgery. My clavicle was to be aligned the right way and a titanium plate laid on top for support during healing. A simple procedure: the surgery would last less than an hour. I was so sure it was going to be nothing that I arranged for Ben to have his usual New Year’s Eve sleepover with a friend at our house (I had already deprived him of Christmas!) and perhaps we didn’t need to cancel our plans for New Year’s with friends?
Said friend Meryl: “Are you crazy? You’re having surgery. SURGERY.”
I have to say: she was right.

Didn’t remember a thing, and I was on pain-blockers. Good to go! The final thing before checkout: I had to pee before they would release me. 100 ml. No problem! I drank Big Gulp-fuls of water and iced tea, and sat back, waiting for nature to call.

Only, she didn’t. Or, she did, but my body didn’t answer. I’d feel the urge, trundle over to the bathroom, take a deep breath… and nothing. The liquid was right there at the edge, ready to surge into action, but that little… something that kicks it over, starts the flow going, that little synaptical messenger was apparently still narcotized and would not wake up.
Over the next few hours, there ensued a movie montage very similar to ones you’d see on “Sex and the City,” except instead of coital positions there are scenes of me trying every peeing posture known to urinating man. Leaning, jutting, squatting, running water, hand in warm running water, simulating the sounds of pissing through clenched teeth, imagining Niagara Falls… nothing worked.
Finally, at 5:30, my nurse, who wanted to end her shift and go home to celebrate, informed me that she has a standing order for an “in-and-out catheter” to be installed in me. I wasn’t quite sure what an “in-and-out catheter” was, but I knew that I didn’t want that to be my final memory of 2012. So I locked myself in the bathroom, thought of England, and willed myself to eke out just enough pee to secure my release.
We weren’t home yet.  It was much later than we anticipated on New Year’s Eve, pharmacies all over were closing, so we had to fill my prescription in the hospital dispensary, which was currently experiencing computer difficulties. We spent another hour waiting for the blessed drugs to be delivered, and it was there in the lobby of the hospital that I discovered another delightful side effect of the anesthesia which no one talks about. Having spent so long desperately trying to pee, now I was unable to stop. Talk about feast or famine. Apparently, my bladder was so distended from the liquid that I pumped into it, that I was now in a constant state of needing to pee. I would stand by the urinal, dribble out a tablespoon of liquid, zip up, wash my hands and immediately have an excruciating need to pee again. Again, and again, and again. This would last the entire night into early morning, where I would have to get up every half an hour. Why wasn’t this in the post-op pamphlet?

I spent the last hour at the hospital in the bathroom while Doug got the prescription filled. It was 6:30, and I was exhausted. We drove to pick up Benjamin (who had a fever; we had to cancel his sleepover, mercifully) and it was the longest forty-minute drive of my life. The fact that I was in Doug’s brand-new electric car did not dissuade my bladder from jamming on the “eject” button. Luckily, I had one of those pee receptacles the hospital so thoughtfully sent home with me.

So, I bade adieu to 2012 struggling with surgical padding and an arm sling trying to get my pants unzipped in a small Chevy Volt so that I could insert myself into a plastic jug and pee, praying for no topes as we made the slow drive up Laurel Canyon Boulevard. Happy New Year! 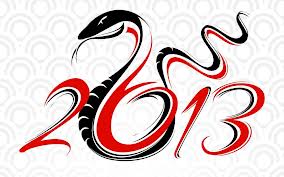 Note: I am now recovering quite nicely, with a gnarly seven-inch scar. My clavicle should be good to go by the second week of February, which, coincidentally, is is the start of the Lunar New Year. I think I’m going to go with that calendar.