I can’t lay all this wretchedness of the past few weeks on 2015’s doorstep; the pain was brewing just at the end of the year, smuggled in as an odd ache amongst the assorted miseries of a flu before the holidays, and asserting itself just as 2014 was giving up the ghost. But it wasn’t until just this week that it was given a name.
At first the cause was thought to be Piriformis Syndrome, an oddly balletic-sounded name for a malady that hobbles you. After two weeks of adjustments and massages, the condition worsened, and my chiropractor pointed me to my doctor. One MRI later, all was revealed, and like all good horror movies, the culprit was someone we had already met. L4-L5.
(That MRI was dearly paid for: driving was an agony, even with ice pack and Advil, but I thought the newly-prescribed drugs would kick in and I could manage it. This was not a good idea. The hydrocodone made me dizzy, but I didn’t recognize it until I was halfway to the imaging center, driving through Beverly Hills, growing more and more nauseous every minute, willing, WILLING the bile to recede from swirling around my gums, willing it to stay down like I had done in the morning so that I wouldn’t throw up the steroids but it’s too late, I’m trying to pull over on Sunset Blvd, putting on my blinker, it will not keep down and suddenly my cheeks have ballooned like twin air bags filled with barf and I hold it and pull to the curb of a fancy Italian restaurant where the valet is starting to put out his sandwich board with the fancy curly writing on it, and I open the Ziploc bag that Thank God I have brought with me, just in case, thank you Jesus, and I delicately vomit twice more into that bag, then Ziploc it right back up and continue to my appointment.) 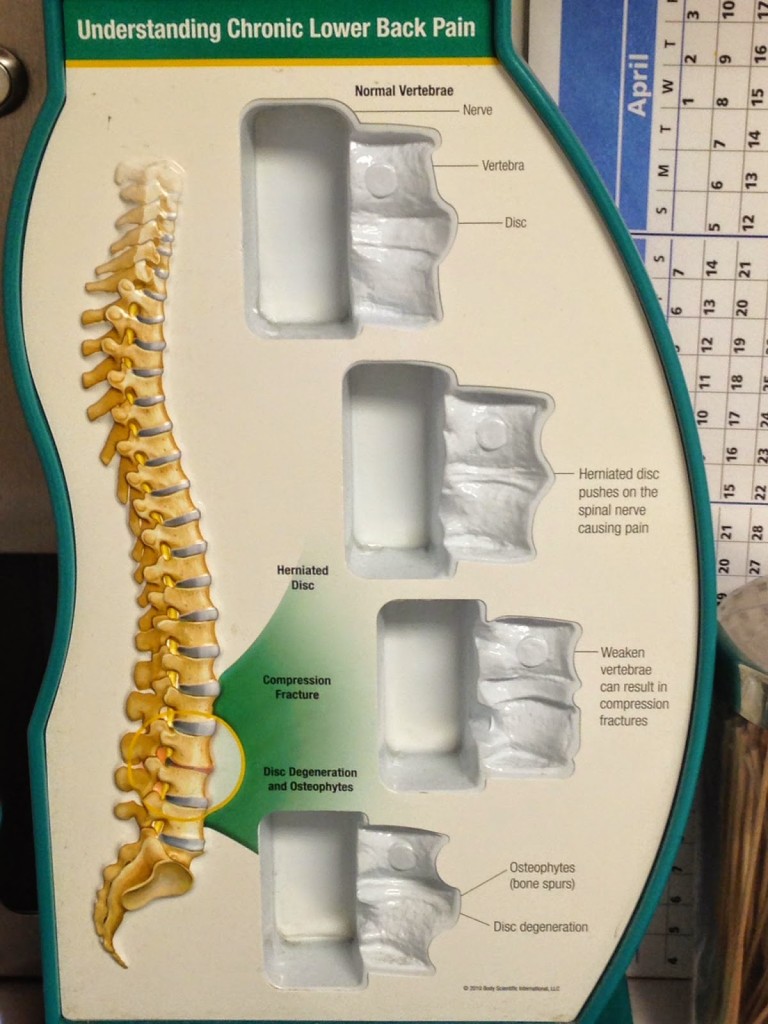 It seems that the bulging disc in my lumbar spine, the one compressed like jelly about to squirt out of the back of a peanut butter sandwich, has graduated to being herniated. The MRI report was a decidedly morose read, full of ominous words like spondylosis and stenosis. A clutch of ill-favored words: compressed, distorted, disfigured and impinged were threaded together in ONE SENTENCE (the weight of those adjectives alone could cause herniation). Simply put, the nerves making their way out between my two lower back vertebrae to my right leg were being aggravated, causing, alternately, cramping in the sole of my foot, burning on my shin, a pain in my buttock and the buzzing/tingling/numbness throughout. Even more simply put: I now have sciatica.
Putting a name gives me both relief (I now have a path forward) and despair (looking down that path). I’m making the paradigm shift from temporary discomfort to who knows? The most unsettling aspect during these last few weeks has been the inability to sit. Standing is fine, walking is beneficial, but sitting is excruciating for more than a few minutes. I wander, like a nomad, through my home, never settling down to eat, to write, to, well, settle. I pace from room to room until I have to lie down.
It’s gotten much better, mercifully. The constant pain has almost been vanquished with the steroids and is I have to I can drive short distances (my almost-depleted supply of Prednisone gives me anxiety, though; I look at the few pills I have left with the dread of one dangling over a cliff’s edge, feeling the sweaty palm slowly slipping slipping away from the savior’s grip). We are giving physical therapy a whirl for a month, with other options down the road. Luckily I can do voiceover auditions and gigs standing up. Writing is more difficult (the days of hunching over my laptop at Starbucks are gone for now) but I’m working my way back in.
I’m reading more (easy to do on one’s back). Although I can’t multitask, (which, coupled with the no-driving, makes me much less efficient) I’m more present to the task at hand, and don’t dawdle, because dawdling is best done sitting. Less game-playing! I appreciate that I can sleep now, and tie my shoe, and perch from time to time.
I’d like to say that I see the blessing in all this, but in truth, it feels more like a premonition. 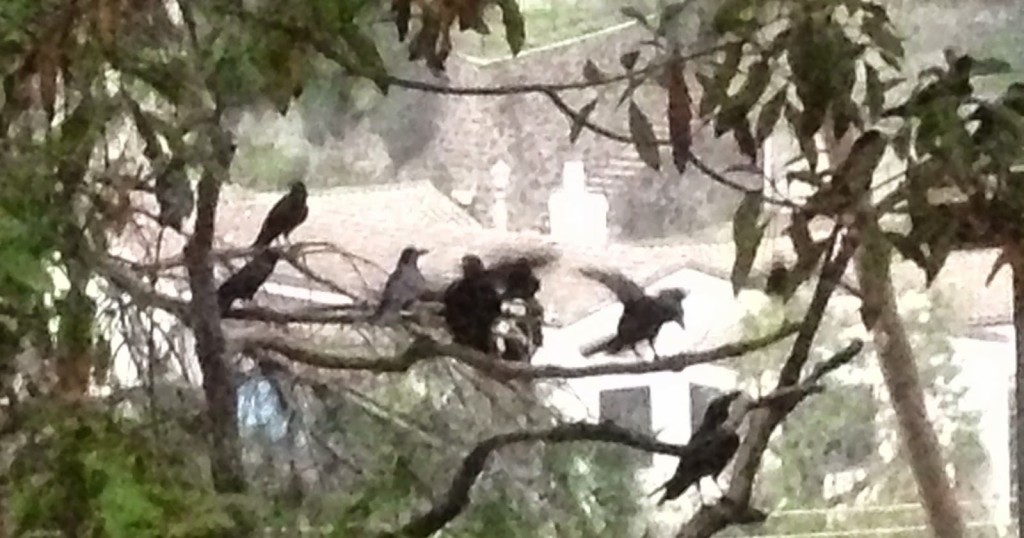 One response to “Still Standing”