Here, There, and Everywhere

The month began with a return to the hometown of my adulthood—Chicago.

I’d imagined a homecoming similar to Bette Midler’s in “The Rose”—I would get up to do a reading, start singing “Let Me Call You Sweetheart” and collapse (cue plaintive piano music), Luckily that scenario didn’t play out. 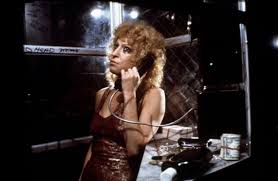 “Hello, Giordano’s? One stuffed spinach pizza and a defibrillator, please.” 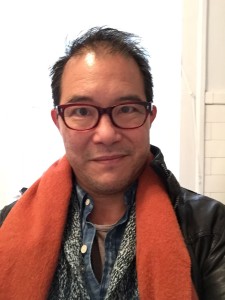 What did happen was a whole lot of nostalgia. I was back. The trees were green but the air was  cold. This was weather that most Chicagoans would be frolicking around in wearing shorts, but my thin-blooded West Coast self needed layers. I had forgotten about layers, coming from a week of 100+ degree temperatures in Los Angeles. Layers! How novel!

The first stop on the Still Life Las Vegas Whistle Stop Tour was at The Book Cellar in Lincoln Square. 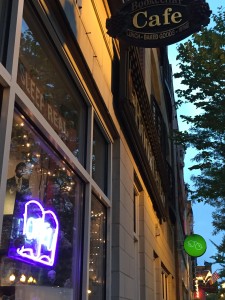 The audience was an amazing collage of my past associations— people from my Northwestern days, family, theater folk, restaurant folk, even former massage therapy clients. There was even a young woman there for whom I had once changed diapers and was now in her second year of college. Ye gods. 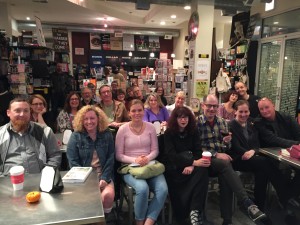 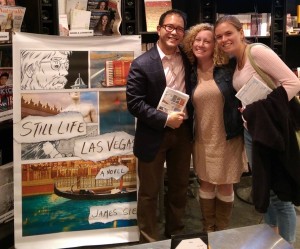 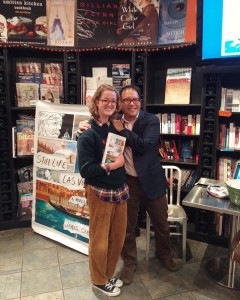 Does this girl make me look old?

The next evening was an event at Lifeline Theatre, the place so formative in my acting and writing life. And, heck, for my personal life as well. 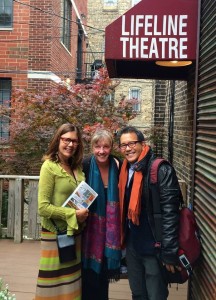 In a nod to both my playwriting past and my authorial present, I adapted a chapter of the book (a scene about Chicago that I have an immense fondness for) and we did a staged reading. More welcome totems of my past visited (including the director who had given me my first Chicago role—Skokie, really—in the chorus of “Sugar.”) and a great chance to reconnect. 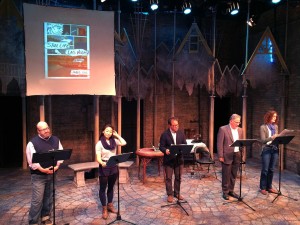 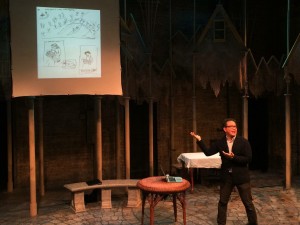 Me, showing off my sketching skills. Or auditioning for “Music Man.” 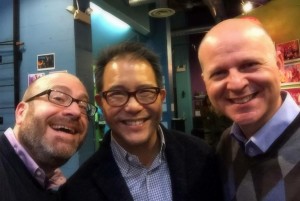 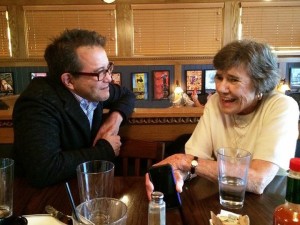 So glad I got to spend time with this extraordinary woman—Mary Plunkett. 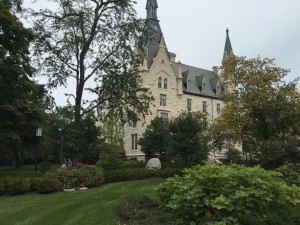 My friend Stel teaches fiction writing at Northwestern, my alma matar, and I spoke to her class the next day. I must admit that being on the campus was a somewhat melancholic affair, but I don’t blame the university; more my mindset at that age. But I loved speaking with Stel’s students, who were engaged and engaging and only temporarily threw me with their talk of Lacanne and French  deconstructionism (don’t ask). 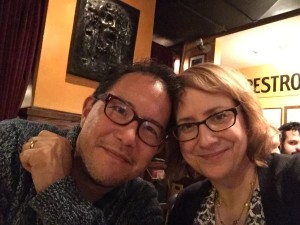 Professor Donohue is a real professor; I just got to play at being one.

In Chicago, I even got the chance to be a tourist and celebrate a big anniversary. The weather obliged, magnificently. Doug must have brought in some heat. 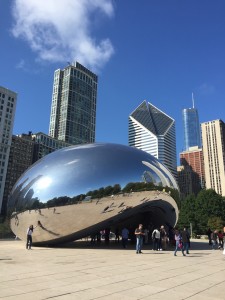 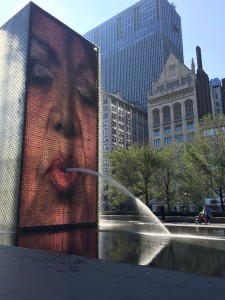 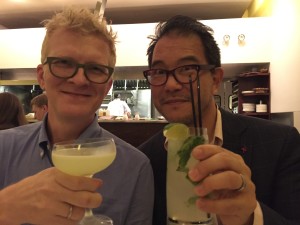 Back to Los Angeles. Spoke at my first book club— my cousin Angie’s group in Palos Verdes. I was so excited to meet them I came a day early. Oops. 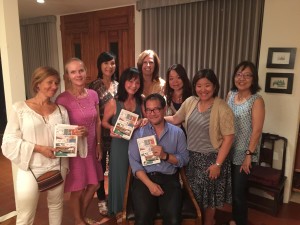 Join this group—they actually read the book, PLUS the spread is great!

And, finally, an Echo Park invitation to read as part of the monthly reading series “Homo-Centric,” curated by Hank Henderson at Stories Books & Café. Henderson read a poem by Richard Blanco with Henry Alberto. Poet Charles Jensen read his own work, and I did a dramatic interpretation of a certain heist at the Liberace Museum. 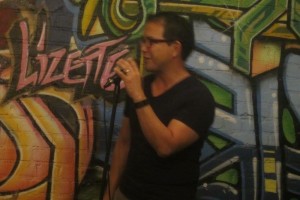 What else…? I’ve completed an audiobook narration demo, with excerpts from SLLV and a few other favorite literary passages: And I returned to the studio this week to do some more voice work on Disney Junior’s Miles from Tomorrowland. It’s a smart, energetic show about a boy and his pet ostrich. The kid is biracial (Latino & Chinese—how about that!) and I play his grandfather Gong Gong.  Some science, some hijinks, and a lot of fun. 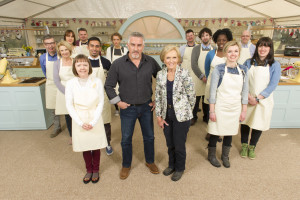 I completely forget to document anything! Thanks to all the people who took photos of the events and sent them on.

One response to “Here, There, and Everywhere”