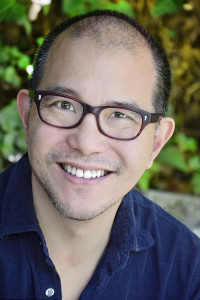 JAMES SIE was born and raised in New Jersey, the son of immigrant parents. He attended Northwestern University and lived in Chicago for many years, working as an actor and an award-winning playwright of literary adaptations. He received a Joseph Jefferson Citation (Chicago’s equivalent of the Tony Award) for his adaptation of ISLAND OF THE BLUE DOLPHINS, and two Jeff Citation nominations for his adaptations of DRACULA and A WRINKLE IN TIME. He also received an After Dark Award for the original work THE ROAD TO GRACELAND.

Since moving to Los Angeles, James has written and starred in the solo show TALKING WITH MY HANDS, about his Chinese/Italian upbringing, for the Mark Taper Forum/East West Players and the NWAAT in Seattle. He has contributed essays for The Rumpus and The Advocate. In addition to writing, Sie can currently be heard as a voiceover artist in animation. He lives in Los Angeles with his husband and son. 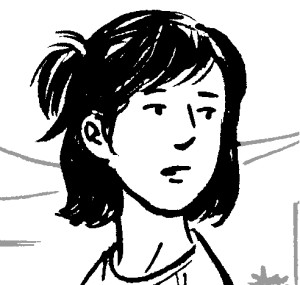 SUNGYOON CHOI is an illustrator and a comic book artist living in Los Angeles, CA. She studied Illustration as Visual Essay at School of Visual Arts MFA program. She illustrated the graphic novel American Widow published by Villard in 2008 and Mission in a Bottle published by Crown Business.

Sungyoon has a website where you can see more of her incredible work. I first saw her illustrations for the graphic novel American Widow, which you should all go out and read.

She drove the blue Volvo station wagon away from Vee’s house with a sober determination, like it was a lame horse she was leading out of the barn.
read more ...