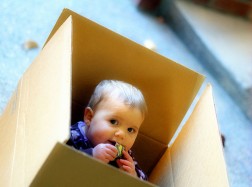 It is 8:30 in the evening at our household, the Cuddle Hour. It’s the time when Ben, loathe to go to sleep, will actually acquiesce to having a conversation with us, as long as we stay in the room by his bed. This is the time when he sets his charm on stun, the better to get his back rubbed or his leg massaged (“And the heel— don’t forget the heel.”) Sometimes we read books, but more often these days we just chat. On this particular night, he initiates the questions, which surprises and delights me. This delight, along with general sleepiness (on my part), renders me oblivious to the ambush about to come.

“Your sisters–what did you do with them?”

“You know, like, did you play games or what did you do with them?”

“Oh.” I think. “Well, my older sisters, I didn’t do too much with them. They mostly just tormented me, or endured me.”

Ben’s brow crinkles. It doesn’t seem to be the answer he wants. “Rub my ankle,” he commands gently. Then: “What about your younger sisters?”

“Oh, well, I did a LOT with them. In fact, they always asked for massages, just like you.” That was true. My sister Michelle, with her migraines, and Allison, with her growing pain legs, gave me plenty of practice, years before I became an actual certified massage therapist. “And I played a bunch with them. We put on shows, and ran around, and I read to them…”

“Exactly!” his emphatic tone surprises me. Wasn’t he about to fall asleep? “That’s why I want to have a sister or brother. So I could do that. I would read to them and play with them… so can we?”

“W-w-what?” I am so taken aback by this shift that I can only sputter. This request has been tendered, and denied, so many times before I’m surprised it’s coming up again. 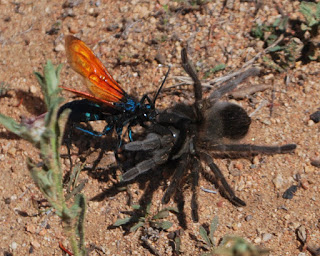 Ben presses onward, sensing opportunity. “If I had a brother or sister, then when I wake up in the morning, I won’t have to be so alone.”

Aaaaaaghh. How long has he been saving that one up for? With one exquisitely aimed stab at the heart he has rendered me paralyzed, much like how a pepsis wasp stings a tarantula before laying an egg into its abdomen. “Oh Ben…”

He sits up. “Please? Please?” His plaintive request makes it sound so simple, as if I could simply type “Baby” into the Amazon search box and one would be sent, easily, two-day shipping, along with our Go Lean cereal and Clif Builder protein bars. I am not ambivalent at all about my desire to not have another child, but he has played it so well I almost hesitate.

I assume an air of light jocularity. “Don’t you think I’m too old to take care of a little baby?” I ask.

“Yeah, but I’d be too tired to take care of another kid.”

I gain foothold on the sturdier grounds of logistics. “Benj, you’ll be in school all day, sweetie. How could you?”

“On the weekends! And at night! I’ll put him to bed and read to him and take care of him…” He is becoming more animated, and adorable, the more he imagines the scenario. “All you’d have to do is cook us a delicious meal.”

Ooh! A hit! A palpable hit! One must admire his wiliness. “Benj, I think if we had another kid, I would be much more yell-y. A LOT more yell-y. You wouldn’t want that.”

He looks at me earnestly. “That’s okay. It wouldn’t matter. I would protect him.”

“Yeah, but, I don’t want a kid to be frightened of me—” and then I realize the ingenuity, the utter genius, of the trap I have been advancing on. He has slowly drawn me in further and further, speculating about a theoretical child, and, by imagining scenarios and drawing parameters, has given it form, a dotted-line silhouette of an infant with an arrow pointed at it: Baby Goes Here.

I try to go on the offensive: “Hey, you already have a dog.”

Benj looks at me pityingly. “It’s not the same.”

Desperate, I fall back on an age-old tactic, muttering “Well, let’s just see if you can take of yourself. You can barely get yourself ready in the mornings—”

I have to backpedal immediately, so blind to the precipice I hadn’t seen until I was practically flinging myself into it.  “No. No, no, I… I don’t want to lie to you. That doesn’t matter. It’s just… no.” I have to go back to simple truths. “I know you would be a really really good big brother, Benj. I know that. You would.”

There is nothing to push back against. My resigned tone tells him that it’s over, for now. He hunkers down under his sheets and I give his forehead a kiss and beat a hasty retreat. I’ve escaped, but barely. Another round and who knows? I might have been wheeling in a bassinet. 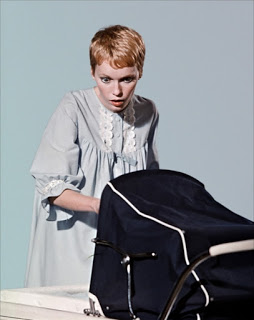 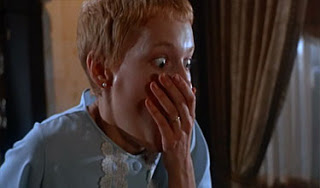 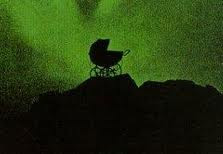