The Curse of the Birds

I’m in big trouble. There’s a rickety edifice barely standing before me, all plywood boards and stone. Some of it has already come crashing down. Shards of glass and wood are scattered on the ground. I’m hoping the whole thing will just topple over, but by some aberration of physics, the structure holds. Those dirty pigs are behind it all. I only have one last chance at exposing them, one last red bird to fling. One chirping, belligerent, angry, angry bird… Angry Birds are chattering. Angry Birds will be avenged. Angry Birds will Never Give Up.
Can anyone save me from these Angry Birds? 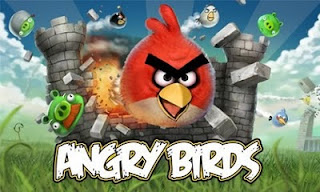 I’m picking on the Angry Birds, my newest compulsion, but it could have easily been Plants Vs. Zombies. Or Edge. Peggle. Even Scrabble or the NYT Crossword have hounded me (though these, I repeat to myself, are for ALZHEIMERS prevention). It’s the world of Apple App Games, baby, and I’m addicted. 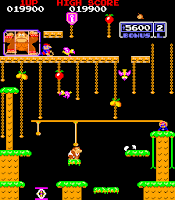 I was a prime candidate, really. Back in college, there was Donkey Kong Jr. and Galaga, at our local bar/restaurant (Yesterday’s, and Leslees, respectively). The thing about games back then was you had the impediments of Money and Place and Time to save you. In order to play, you’d have to pump actual quarters into a machine, a literal representation of how much cash you were using up. You also had to get to a specific, non-home place to play, and you had to set aside time in order to get your ass over to that place. My compatriots and I did a lot of damage, but it was concentrated, in furious, late-night bursts. 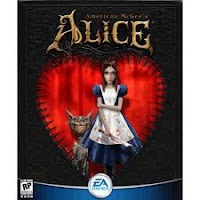 When I got a computer, the games followed (Alice, Lemmings, Dungeons of Doom, Myst, etc. etc.). They were kinda pricey, so I only bought one at a time, and played that until the end. I would do marathon sessions in the comfort of my own home, but I was still tethered to the computer. As long as I wasn’t near one, I were safe.
Fatherhood arrived, with its attendant responsibilities. Who had time to play anything? I couldn’t devote huge blocks of time to sit down and play games, which is why I never really got into the Nintendo/Playstation/Wii craze. Okay, yes, there were bouts of Sudoku (for the ALZHEIMERS) and Spore, but nothing too crazy. I was clean.
Then came the ipod Touch. 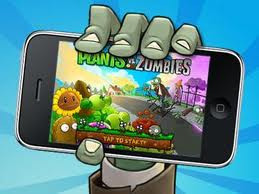 The ipod,and it’s turbo-charged cousin, the ipad, swept away all impediments. These little gismos are with me at all times, can be pulled out at a moment’s notice. The games are cheap, or free. Nothing too convoluted, or complicated, just tiny, mind-numbing bursts of joy. The Place is Anywhere, and the Time is Whenever, as in, whenever there is a moment. Waiting for the toast to pop up. Standing in line at the post office. About to get out of your car in the parking lot. Wherever there is a small space of time between blocks of appointments and chores, the games are there, ready to fill the space up, creating a solid wall, with the mortar threatening to outsize the bricks. It’s really the antithesis of Zen Buddhism, which strives to create space, to live in the present. With these time-wasters, space is not permitted, emptiness is quickly and lovingly filled with beeps, chirps, small explosions and exclamations of digital triumph, wrought small. App games are the the anti-Zen.
What‘s the enticement? It’s the Illusion of Getting Something Done. I passed the level! I got 3 stars! I beat the high score! It’s much easier, and falsely satisfying, than Actually Getting Something Done. The trouble is is that soon it becomes a habit, done without thought, and then it becomes a sickness. The game is playing you, not the other way around. You do it reflexively, even when there’s no joy to be had in it. What was once a diversion from your day becomes your day. The Machines have taken over. 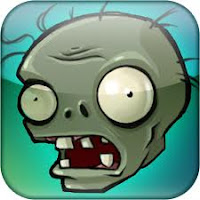 Of course, this whole post is really a lie. I’m still using. I still play. As much as I decry my addiction, I want you to join with me in it. I wish to pass the sickness on, because Delusion, even more than Misery, loves company. It’s part of the malady. I want to share my tips on how to get the football player zombies with the corn missile. Want to find out how you’ve uprooted that piggy in the wheelbarrow. Where the Golden Eggs are. One of us, one of us…
To recognize the problem is the first step in overcoming it, right? Writing about it lessens the urge. Haven’t played all day (except for the NYT crossword, and that’s for the ALZHEIMERS). I think maybe I’ll try only playing at night. Or log how much time I’m wasting. Maybe even (gulp) delete the app.  I’ll figure it out.
Just as soon as I get past this one stage…
Ralph Waldo Emerson once said, “A man is what he thinks about all day long.” Why do we want to become a nation of Angry Birds?
Share this...

6 responses to “The Curse of the Birds”