Songs in the Key of Grief

“I like a look of Agony,
Because I know it’s true—
Men do not sham Convulsion
Nor simulate, a Throe—
The Eyes glaze once—and that is Death—
Impossible to feign
The Beads upon the Forehead
By homely Anguish Strung.“ 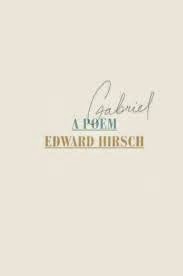 To say I was looking forward to reading Edward Hirsch’s new book Gabriel: A Poem is not quite apt, but it’s not far from the truth, either. It is, after all, an elegy to his son, who was found dead of an overdose at the age twenty-two. It is a sometimes harrowing, sometimes heartbreaking, look back at the life of a boy, from time of adoption to time of death. We watch him grow up, moment to moment, much like the movie “Boyhood,” except instead of ending with promise and possibility, we are left at a graveside. In propulsive three-line stanzas, Hirsch details a childhood gone awry, through the caprice of internal chemistry and behavioral disorders. There are moments of joy and much dark humor, but it is mostly a narrative of a troubled childhood that starts difficult and does not get easier. There is also, not surprisingly, quite a bit of tenderness. It pierces the heart. Throughout the poem are interspersed tales of other famous artists who have lost their children too soon, as if Hirsch is trying to make some sense of the death, give it some context, but in the end the universal cannot illuminate the specific. The poet is left alone to say goodbye to his singular son.
“I did not know the work of mourning
Is a labor in the dark
We carry deep inside ourselves

—Edward Hirsch, Gabriel: a Poem
It is beautifully written, insightful and lucid, but there are quite a few people who would not even open the book. “Why on earth would you want to go through that?” they ask. I suspect there are those reading this who feel the same. Not I. I gravitate towards the stuff. I am someone who could watch Emma Thompson die of cancer every year in “Wit.”
Who has read, in quick succession, in hardback, the grief memoirs of both Joyce Carol Oates (A Widow’s Story), who lost her husband to a secondary infection at a hospital, and Joan Didion, who has had the great misfortune to have written two such memoirs, following the death not only of her husband (The Year of Magical Thinking) but of her daughter (Blue Nights). 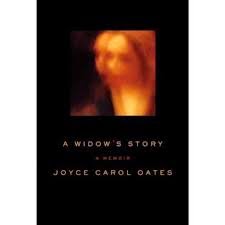 I am not ghoulish. I don’t wallow in misery, exactly, but I do gravitate towards stories of loss, and grief. Those chords resonate within me. My upcoming novel, Still Life Las Vegas, is permeated with it, no matter how fantastical or whimsical the story gets. (It’s funny too! Promise!) I guess my Humor tends towards the Melancholic. I am someone who is ever waiting for the other shoe to fall, no matter how many of them have already rained down. Perhaps I read these type of books for the same reason I read travelogues: I’m going to be taking the same journey, sooner or later, and I’d like to check out the terrain.
But it’s more than that. There is a clarity in devastation, a stark honesty that can present itself in times of loss. We are stripped of the trappings of our day-to-day and are asked to confront the deeper truths of life— its impermanence, its fragility, and its many overlooked small kindnesses. There is a strange beauty in it all, especially as refracted through the discerning eye of a skilled writer. We may not have the austere, piercing insight of Didion, or the caustic humor of Oates, or the anguished imagery of Hirsch, but in reading their words on loss, we are connected to them all, and to each other. We are all of us huddled in a cave, staring out into the impenetrable darkness, and the poet’s lamentations illuminate our own coupled hands.

One response to “Songs in the Key of Grief”