Let’s do a little time traveling, shall we?

Twenty-six years ago, I debuted my adaptation of Madeline L’Engle’s A Wrinkle in Time at Lifeline Theatre in Chicago.

In a couple of weeks, a new version of that adaptation will begin previews at Lifeline. It’s hard to believe that more than a quarter of a century separates the current production from that one, and yet here I am, tinkering with a new draft of the script while simultaneously reliving the excitement of the first one. 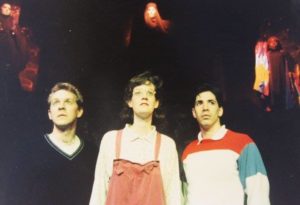 A Wrinkle in Time, Lifeline Theatre, 1990

In 1990, I was not yet thirty. Lifeline itself was relatively young. We were just getting into the groove of the whole adaptation process, inspired by the successes of previous adaptations by Christina Calvit (ensemble member adept), and our shared love of literature. A Wrinkle in Time was my first mainstage adaptation, and I was grateful for the opportunity. I was also Lifeline’s marketing director, and I remember running to Kinko’s every week with graph paper and X-acto knife in hand, to literally cut and paste up the ads for the Friday newspapers. I was pretty narrowly-focused, then: Chicago and Chicago theater were my world, and that was fine by me. It was a different time. I had hair. Lots of it. 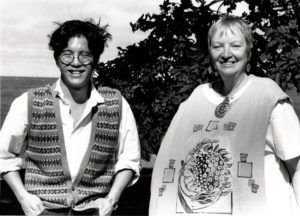 Me with Madeleine L’Engle. Very exciting. So. Much. Hair.

Twenty-six years is a long time. 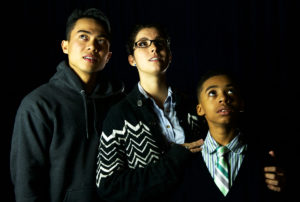 A Wrinkle in Time, Lifeline Theatre, 2017

Now, I am returning to Wrinkle, a bit wrinkled myself, and so much has changed. Dropboxed scripts instead of dot-matrix print-outs. The internet for research, so if I need an Arabic proverb I can run a search, instead of trying to find someone to talk to me at the United Arab Emirates Consulate. I now read (digitally) those sections of the paper I used to toss aside in search of the theater section. Skype production meetings. Spellcheck. I still cannot get the pagination in Microsoft Word to work quite right, but I have a feeling that’s not technology’s fault. 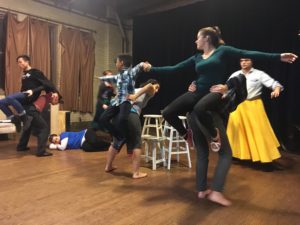 Rehearsing a bit of tessering in the upstairs rehearsal space. 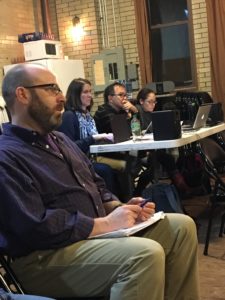 Watching a run-through in January with director Elise Kauzlaric and stage manager Jennifer Aparacio, while Lifeline ensemble member Jim Grote looks on. So. Many. Notes. Good ones!

My own perspective has changed, too. The art of adaptation is largely one of selection and enhancement, and I find I am focusing on different parts of the book. Certain lines from the book that I had cut out before now jump out at me with a new urgency. I had once identified with Meg, the misunderstood, perpetually angry hero and heart of the book; now, I have a teenager of my own. I know only too well the intense emotional maelstroms middle grade students experience on the daily and I ache for Meg and her alienation, but with the empathy of a parent, and that informs my script choices. When Meg is sent off alone on a mission, it is not just her father that cries out, “She’s only a child!”

What has not changed, what has endured, is Madeleine L’Engle message of love, of personal strength and uniqueness, of the need to stand together to battle against the powers of darkness. These themes resonate as strongly now as they did at the book’s publication in 1962. 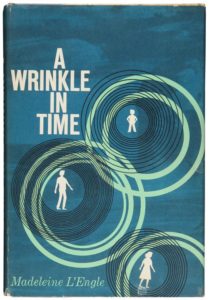 Back then, we were deep into the Cold War; the threat of Communism made Americans feel like we were on the brink of some kind of annihilation. Today, many experience that same pervading disquiet, the same sense of a world badly askew. L’Engle’s book feels more timely than ever. In working with director Elise Kauzlauric to rediscover these deeper resonances, L’Engles words have proven to be both a comfort and an inspiration. In her universes, love and kindness may be temporarily extinguished, but they are just the qualities that will save us in the end. “May the right prevail!” Mrs. Who declares in the book, and her words give me hope that they will. I am as grateful to be working on this production as I was to be working on its maiden voyage all those wrinkles ago. 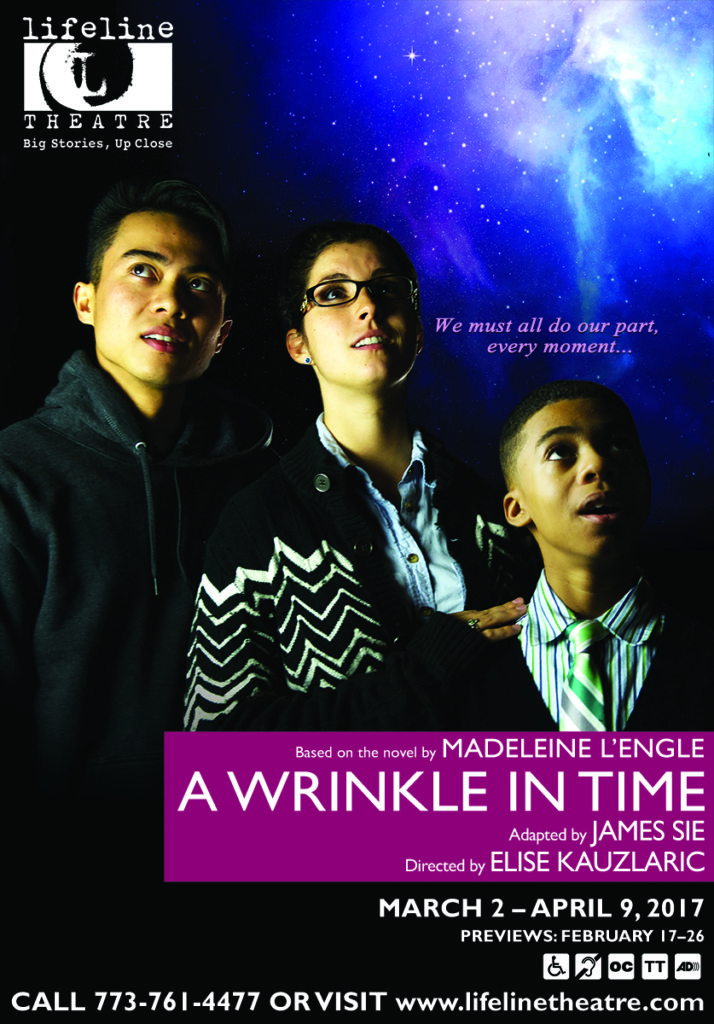 One response to “Wrinkled, in Time”