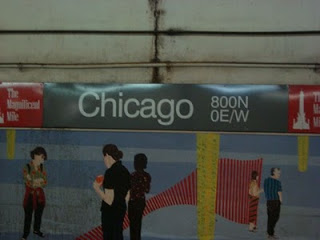 It ended up pretty well!

When I got to set for my last day of shooting no one looked like they wanted to fire me. No one gave me that pitying glance or avoided me. The writer of the episode (a fine and talented man who I didn’t recognize from last shoot day or even THE AUDITION and foolishly introduced myself again, heh heh oops, sorry, heh heh) even came up and said I was doing great and that the last scene I did (the dreaded Cantonese debacle) was “awesome.” Really? Either I totally misjudged how badly I did or they liked the William Shatner emoting and didn’t get how mangled the Chinese was. Oh, silly, silly Roundeyes!

(Another note about not recognizing the writer: STUPID. The writer hired me. He championed me “in the room.” Slow down and recognize who that person is. Though he did look a lot scarier at the audition. And he did shave in between my shoot days… nevertheless, my friend Denis always says, “Make friends with the Writers.” They’re the ones who make the shit up, you know?)

This scene involved two cops coming to the restaurant in Chinatown where I work to question me. It starts off in the kitchen (where I’m kinda like a plongeur, cleaning up scraps and taking out garbage) and ends with me in the alley, spilling the beans. We shot in Chicago’s Chinatown, on Wentworth, an avenue I was extremely familiar with, having eaten many bowls of noodle soup with fried bread sticks at Seven Treasures just down the street. 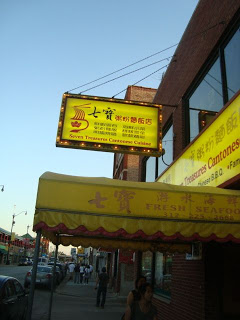 It felt comfortable right away. The restaurant with the dirty dish towels and the steam tables, the giant woks and the mounds of bok choy and green onions. The skinny cooks in white with the shiny foreheads, greasy hair and generous smiles. It was my home turf, I admit. I grew up working in Chinese restaurants, from sixth grade through high school. Busboy, host, food packer, and waiter; I’ve done them all. Sitting at a round table waiting for the second team to finish I felt an urge to fold napkins and dip silverware in tea water to polish them. I wanted to hang with the help.

I haven’t always felt that way. Early on, I had my share of Chinese waiter/cook parts, and pretty much detested them all. The last one in Chicago I did was for “Early Edition” (that series starring Kyle Chandler where he gets the Sun Times a day early and saves peoples lives by reading it– is there an app for that?). I played a cook who doesn’t understand the phrase “go boom” and ends up covered in–wait for it– chow mein noodles! Hilarious! (shudder).

But it’s different, now. For one thing, I’m playing a character who has lines and motivation and whose purpose in the show is not to just stand around make goofy faces, or serve tea. Also,  the status conferred upon you when you’re a guest star is a whole lot better than when you’re just featured or, god forbid, an extra. The director talks to you. You can make a suggestion. Your trailer is a little bigger. It feels like the first time you ride first class— “Oh, so this is what I’ve been missing!”

The scene went pretty well. With no more Chinese to memorize I could concentrate on, well, acting, a nice change, as well as not bumping into Camera B behind me. The star of the show liked to “make it real” and so the scene had some back-and-forth which was exciting to feed off of. Does it translate to good TV? Who knows, but the director seemed happy. We broke, they gave me a nice round of applause, and it was over. 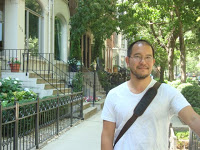 So, yes, a generally positive experience overall, despite its rocky start. I have to give a big shout-out to CHICAGO, a beautiful city with some very beautiful people in it (more on that later). The weather was terrific. Thanks, Chicago, for hosting me.

But don’t invite me back in winter. I’d like to forget that part.

2 responses to “Chinatown, oh My Chinatown”